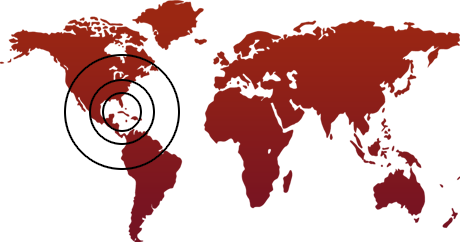 Bullseye chart showing the flight range of Soviet-owned missiles based in Cuba during the Cuban Missile Crisis.

At 8:45 AM on October 16, 1962, National Security Advisor McGeorge Bundy alerted President Kennedy that a major international crisis was at hand. Two days earlier a United States military surveillance aircraft had taken hundreds of aerial photographs of Cuba. CIA analysts, working around the clock, had deciphered in the pictures conclusive evidence that a Soviet missile base was under construction near San Cristobal, Cuba; just 90 miles from the coast of Florida. The most dangerous encounter in the Cold War rivalry between the United States and the Soviet Union had begun.

This website steps you through the crisis one day at a time. You will see the events unfold from one day to the next, with historical documents revealing the true history of these thirteen days in October. You'll see the intelligence photos the President acted upon; read the correspondence between the White House and the Kremlin, and listen to Kennedy's speech to the American public about the historic events unfolding in Cuba.